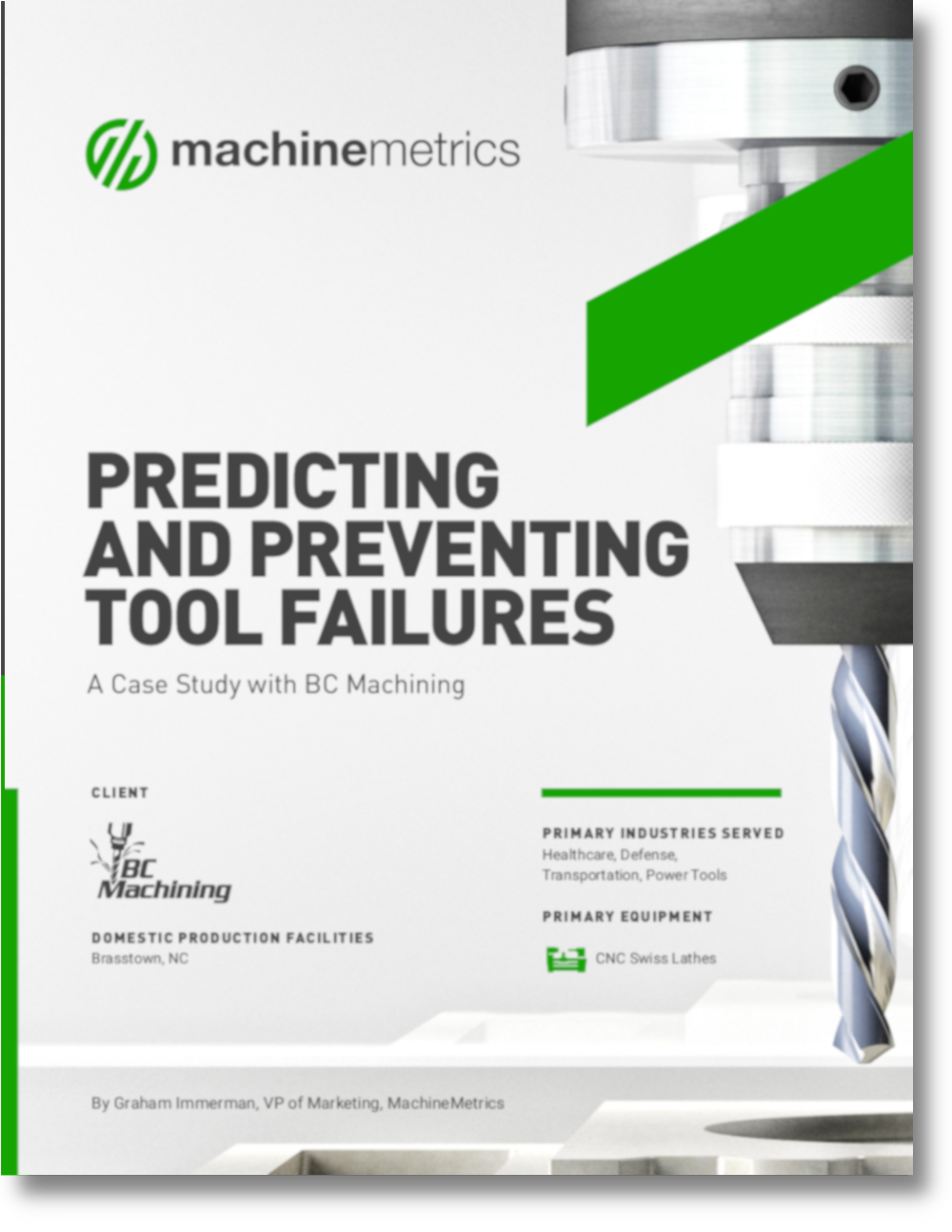 PREDICTING AND PREVENTING TOOL FAILURES: A CASE STUDY WITH BC MACHINING

BC Machining, a manufacturer of fabricated metal parts, was producing such large quantities of scrap that they were forced to run their machines at 200% capacity just to hit their production goals.

Read our case study to learn how BC Machining