The current state of US manufacuring 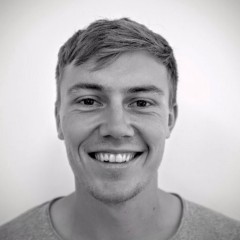 Manuacturing growth in the month of June may not be ideal, but it was better than expected.

CNBC said, "The ISM manufacturing index turned in a reading of 51.7, lower than May’s 52.1 but ahead of Dow Jones expectations of 51.3. The number represents the share of businesses that expanded activity during the month, so anything about 50 represents growth."

While the employment index and production grew - inventory and new orders fell.

What will this next month bring?

Recommended ReadManufacturing was better than expected in June, but inflation remains mutedSource: http://www.cnbc.com

Some manufacturing businesses are making the decision to produce COVID-related items such as PPE. This is a great move for companies that are able to make the switch, but it all comes down to the tran...

Coming back better than ever in the US

Times of trouble and hardship can also present tremendous opportunity.  American manufacturing is going through a lot of changes during the COVID-19 pandemic, especially in relation to how we work wit...

Prioritizing the mental health of your employees is always important.  However, it seems to be especially vital during this pandemic. The ways that companies support their employees may need to adjust...

Two ways you can prepare to work from home

Have you or your coworkers started working from home yet?  Depending on your role, this may or may not be possible. For many, it's at least possible to work from home part of the time.  For those that...

Do you have post-coronavirus plans?

The novel coronavirus is causing changes all throughout manufacturing. Whether you are temporarily closing, adjusting things a little, or making drastic changes, these days there's one thing everyone ...

The manufacturing industry is playing a huge role in the fight against coronavirus.  This global pandemic is causing businesses to adapt quickly to fill demand and do their part to help.  Here are two...

Manufacturing is a great field, but as with any business it comes with its challenges. What challenges and struggles have you been facing lately? Do you feel like you're the only one facing them? You ...

Manufacturing in some areas is back on the rise

Some parts of the country are showing signs that manufacturing is on the rebound. This could mean that the recent recession in US manufacturing is taking a turn toward the positive.  Here's what we kn...