Connecting the Enterprise By scaling machine connectivity across multiple plants, enterprises can gain a comprehensive view of their operations, which can help them identify areas for improvement,

Why MachineMetrics? A Closer Look at the Value of Machine...

Manual production monitoring efforts can only take you so far. The paper sheets, excel docs, whiteboards, and manual data entry systems are putting a strain on frontline workers. Not to mention,

7 Ways to Reduce the Cost of Production

Supply chain disruptions, shortages, rising energy prices, and inflation have increased costs for almost every industry, manufacturing included. On top of that, skilled labor is difficult to find,

NORTHAMPTON, Mass., December 6, 2022 -- MachineMetrics, the leader in production analytics software for manufacturers, has announced that Paragon Medical has awarded the company a 5-year contract to
START DRIVING DECISIONS WITH MACHINE DATA.

Here at MachineMetrics, we are always striving to improve our product and add new insights and features for our customers. This is especially true as we continue to grow our market share and capture an even greater understanding of the dynamics of capacity utilization. Today, we’re excited to announce some important improvements to our benchmarking product.

To give some background, all customers with more than 4 machines connected to MachineMetrics receive a monthly benchmarking report - they are able to see their own factory’s performance relative to the thousands of machines across the MachineMetrics customer base. According to AMT - The Association for Manufacturing Technology, more than 1 out of every 100 production-level CNCs (>$50k value) in the United States is connected to MachineMetrics, allowing us to make statistically significant comparisons across factories and as an aggregate (+- 1.7% margin of error at 95% confidence level). Our data has been used so far by consulting organizations and industry associations to track industry health, as well as by our own customers to discern their relative performance over time.

At the end of every month, each participant in benchmarking receives their average utilization across the entire month, for each machine-type, as well as what percentile each machine-type falls into and the underlying distribution of utilization, like the following: 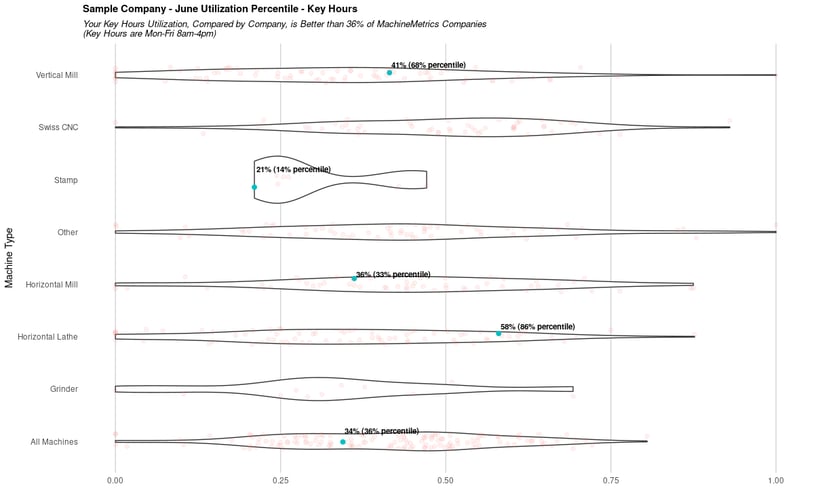 Though this has brought our customers great value, we realized that it’s unfair for a company with 50 machines to be compared against a company with only 5 machines. The latter, smaller company may have a very high utilization rate due to not having any excess capacity, but is it totally fair to rank it higher than the larger companies and push everyone else’s percentile down?

You can see the effect below, where each underlying distribution much more accurately represents the true distribution of machines for that category, and each dot represents where each machine falls now, instead of the average for the whole company. You’ll also see that there are many more dots, because each one represents a machine rather than a company/machine-type pair now. There’s also some key insights you can glean right off the bat from this, like the fact that Swiss CNCs are often used for higher-production, lower-mix shops and thus have a higher overall utilization than vertical mills, which are often used for long-running, complex parts that require extensive setups (Stay tuned for more insights at our next State of the Industry Update on July 20th). 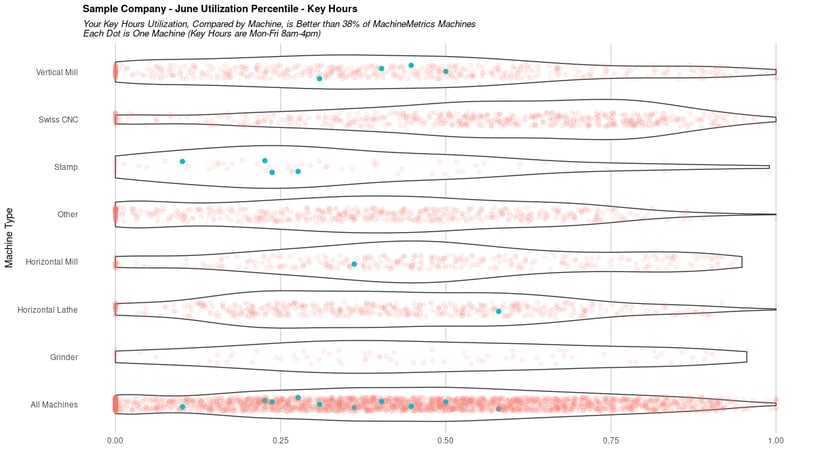 In effect, this allows our customers to gain two insights - a more accurate company-wide percentile ranking that takes into account how many machines they have, and individual rankings for each machine they have. For this company, the overall percentile only shifted by 2%, but a company that has very few or very many machines may see more of a shift. 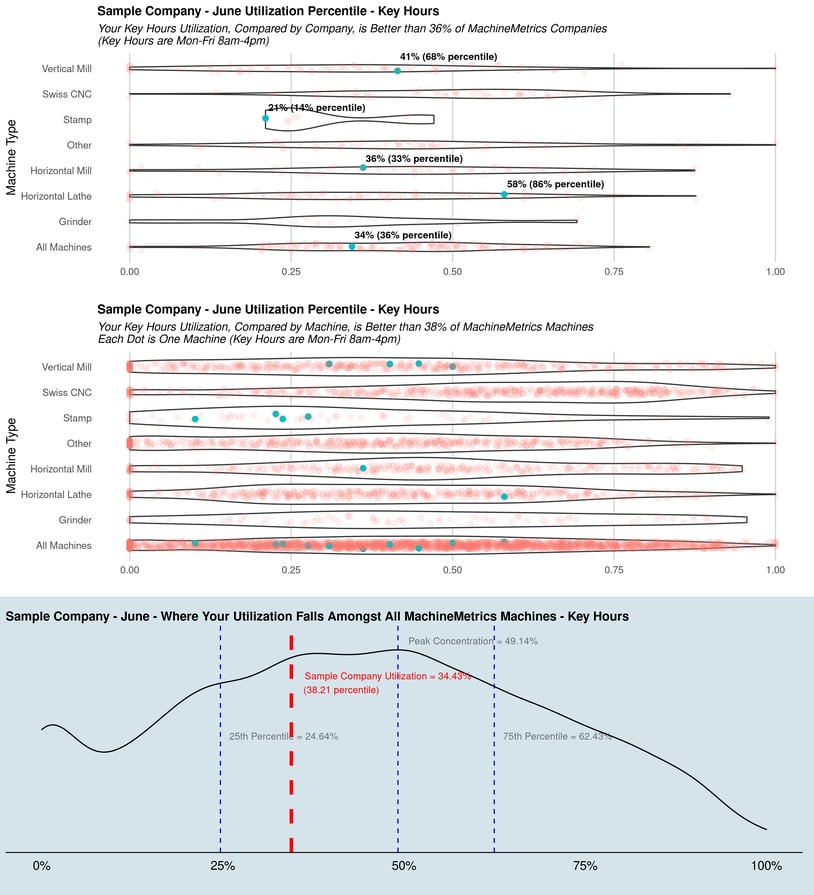 Thanks for reading, and hope to see you all at the next State of the Industry webinar, where we’ll discuss this in more detail and some more interesting insights. 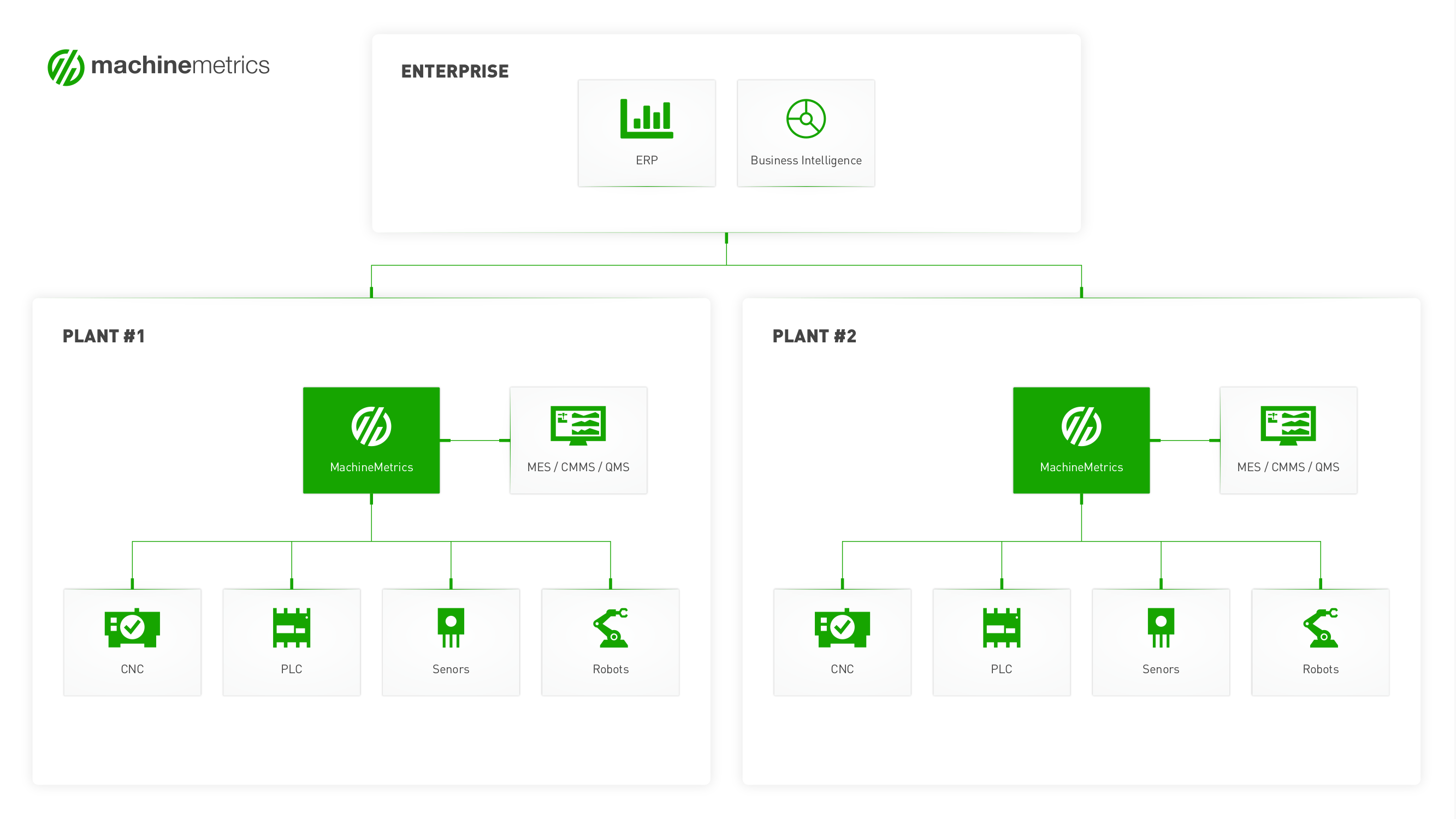 Multi-Plant Machine Monitoring: Unlocking...
Connecting the Enterprise By scaling machine connectivity across multiple plants, enterprises can gain a comprehensive view of their operations, which can help them identify areas for improvement, optimize processes, and allocate resources accordingly. Currently, CXOs have little accurate data on the efficiency of their operations, leading them to make decisions based on limited, delayed, and biased information. With market competition...
machine-monitoringmachinemetricsconnected-factory / July 08, 2021 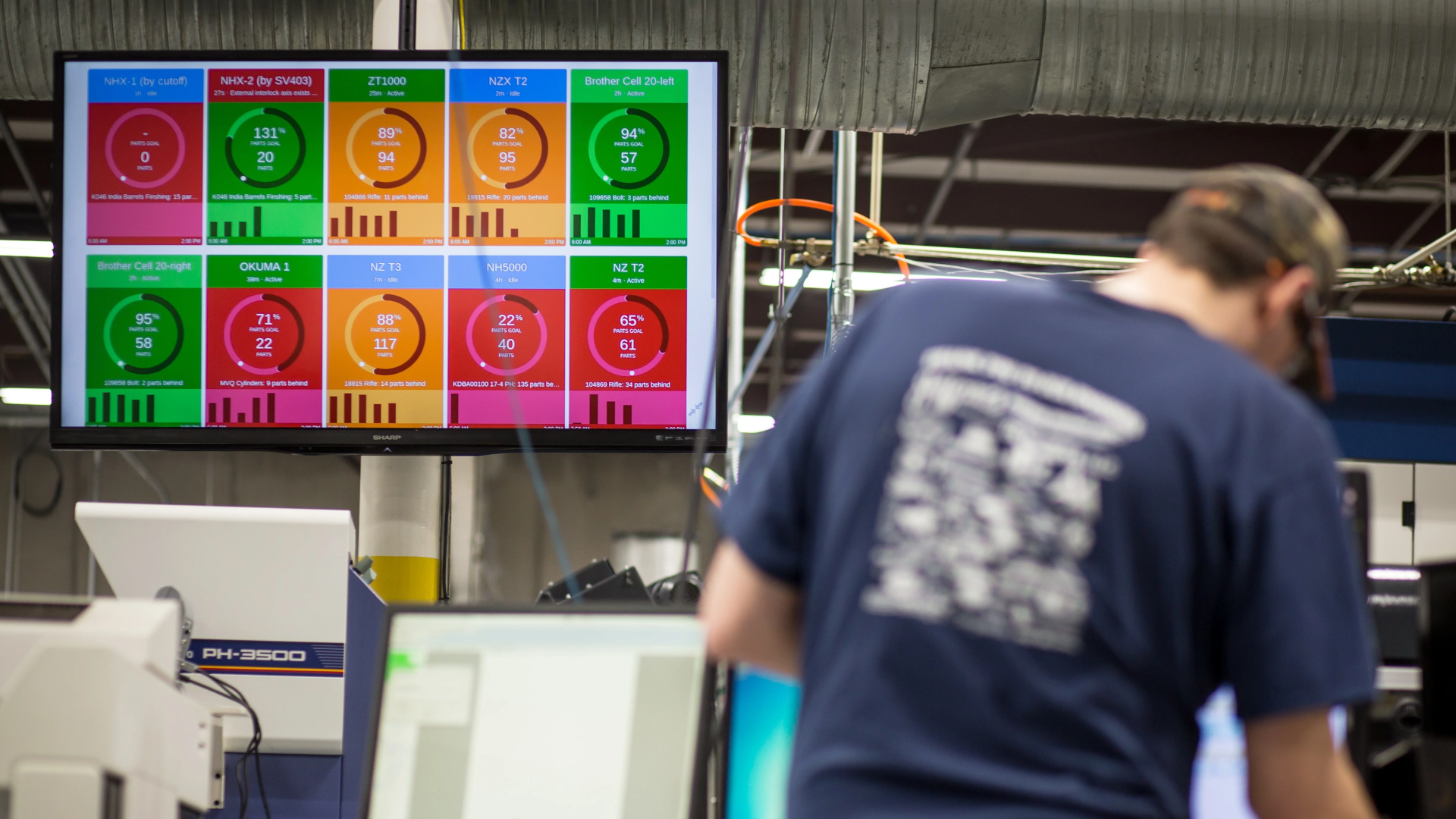 Why MachineMetrics? A Closer Look at the Value of...
Manual production monitoring efforts can only take you so far. The paper sheets, excel docs, whiteboards, and manual data entry systems are putting a strain on frontline workers. Not to mention, they’re leading to delayed, inaccurate data that hinders decision-making and leaves management scrambling for answers. (Hint: How truly accurate is your ERP?) And basic machine monitoring solutions aren’t cutting it. Manufacturers need...
machine-monitoringmachinemetrics / July 08, 2021 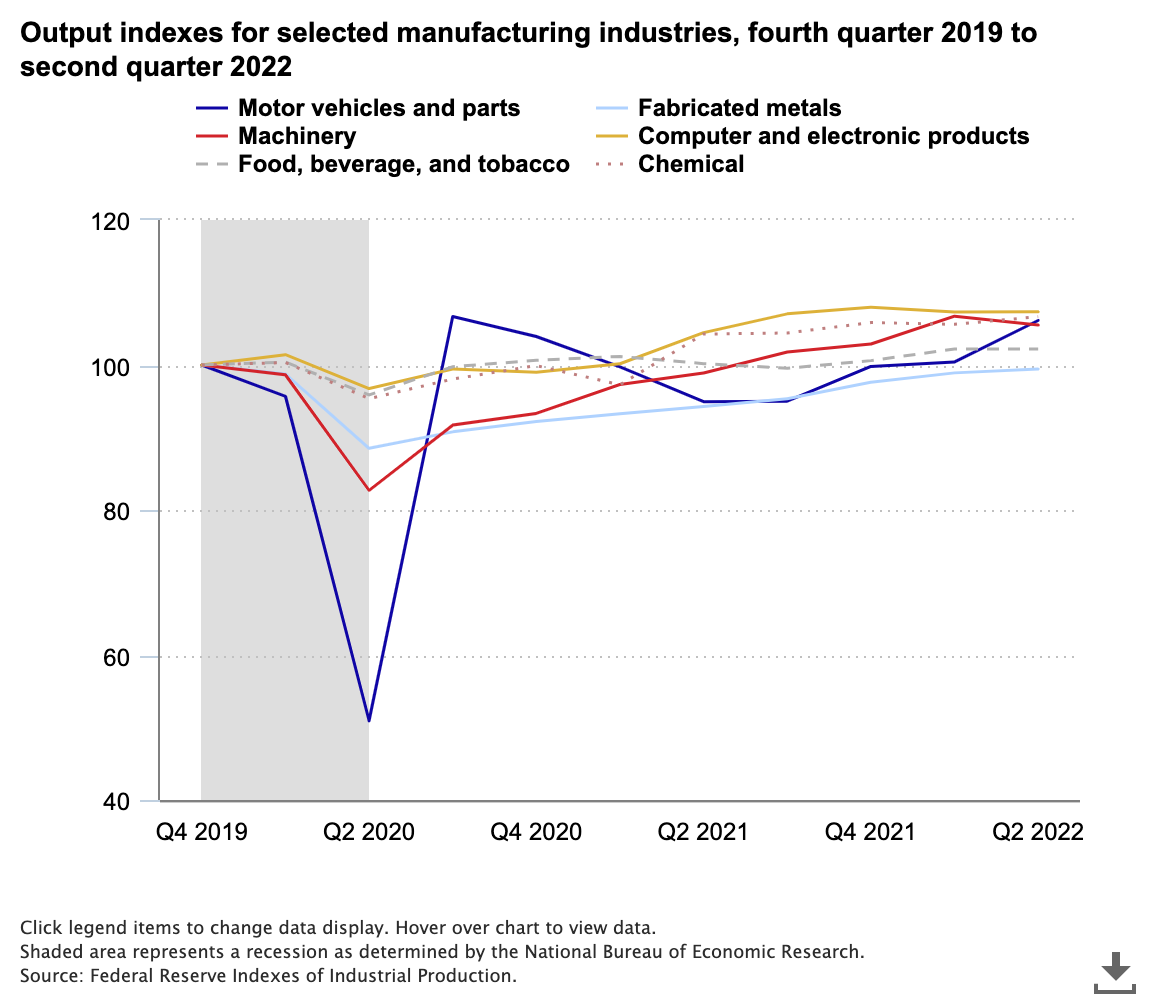 7 Ways to Reduce the Cost of Production
Supply chain disruptions, shortages, rising energy prices, and inflation have increased costs for almost every industry, manufacturing included. On top of that, skilled labor is difficult to find, and rising quickly in cost as a result. The good news is that production (output) in the US continues to rise over time, and we are seeing a resurgence since the dip during the Pandemic. (Image Source: U.S. Bureau of Labor Statistics We are...
8-wastesmachinemetrics / July 08, 2021 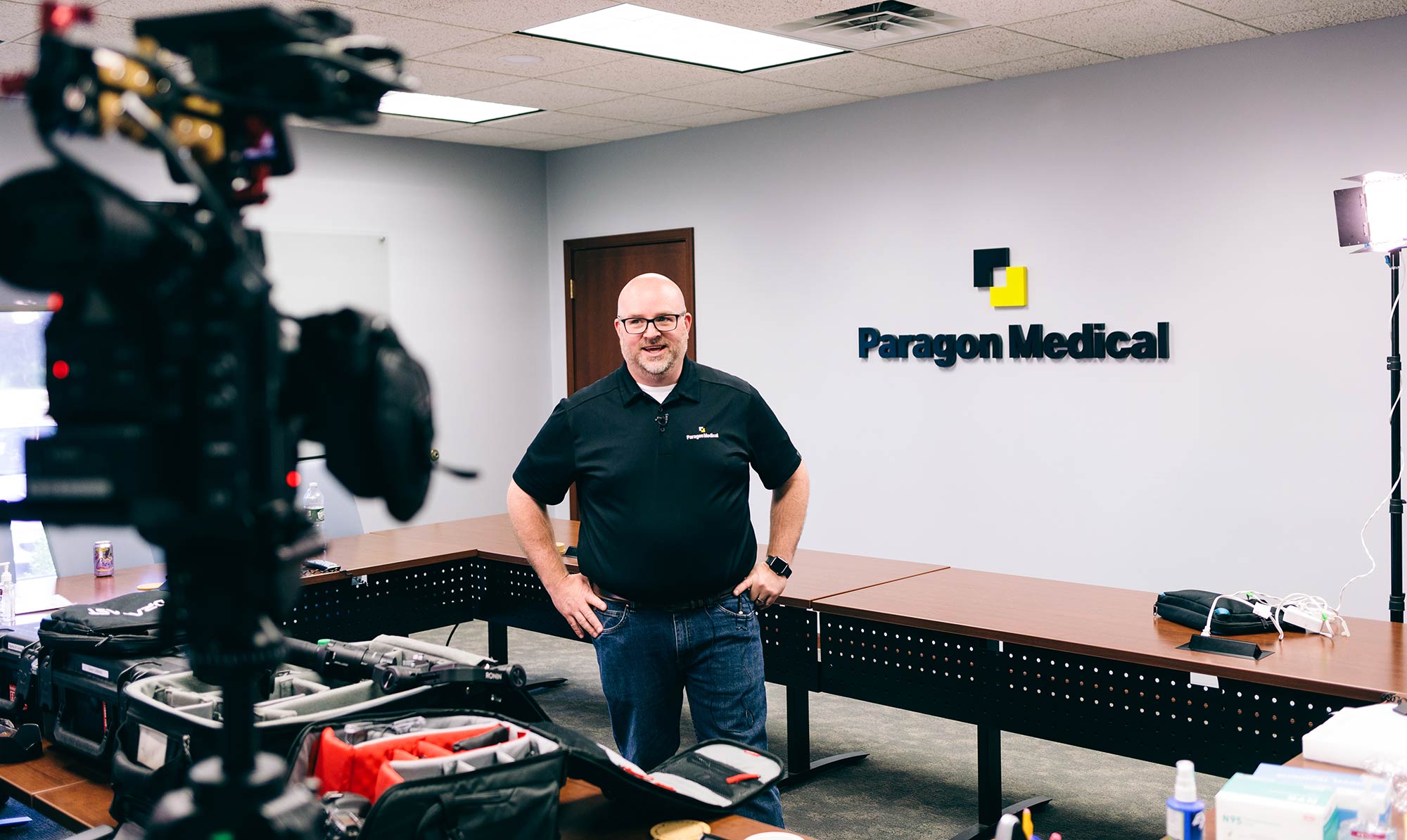 MachineMetrics Continues To Lead Medical...
NORTHAMPTON, Mass., December 6, 2022 -- MachineMetrics, the leader in production analytics software for manufacturers, has announced that Paragon Medical has awarded the company a 5-year contract to implement their industry-leading platform across their 15 global production locations. “Medical manufacturing is more competitive than ever. As a world leader in Med Tech, Paragon constantly strives to differentiate in ways that matter to...
press-releasemachinemetrics / July 08, 2021 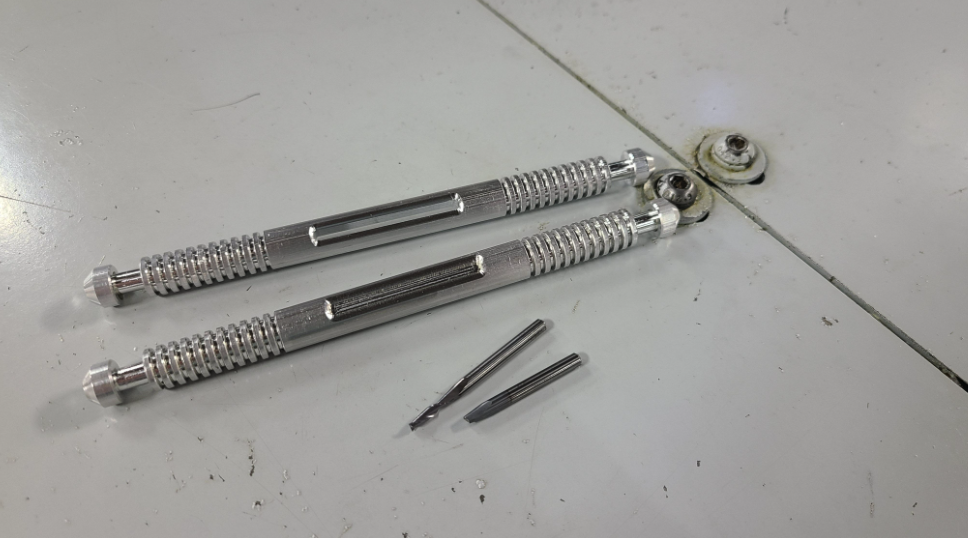 The Evolution of the Operator: How to Upskill...
We Need More People! Maybe… What if we helped our existing team be more efficient? What if we empowered our shop floor personnel with the right information and tools to ensure they could focus on the most valuable tasks at hand? While machines and systems are key to operational efficiency, leadership knows that people are the greatest asset on the shop floor. We need to hire, train, and upskill operators to do excellent, value-added...
machinemetricsshop-floor / July 08, 2021 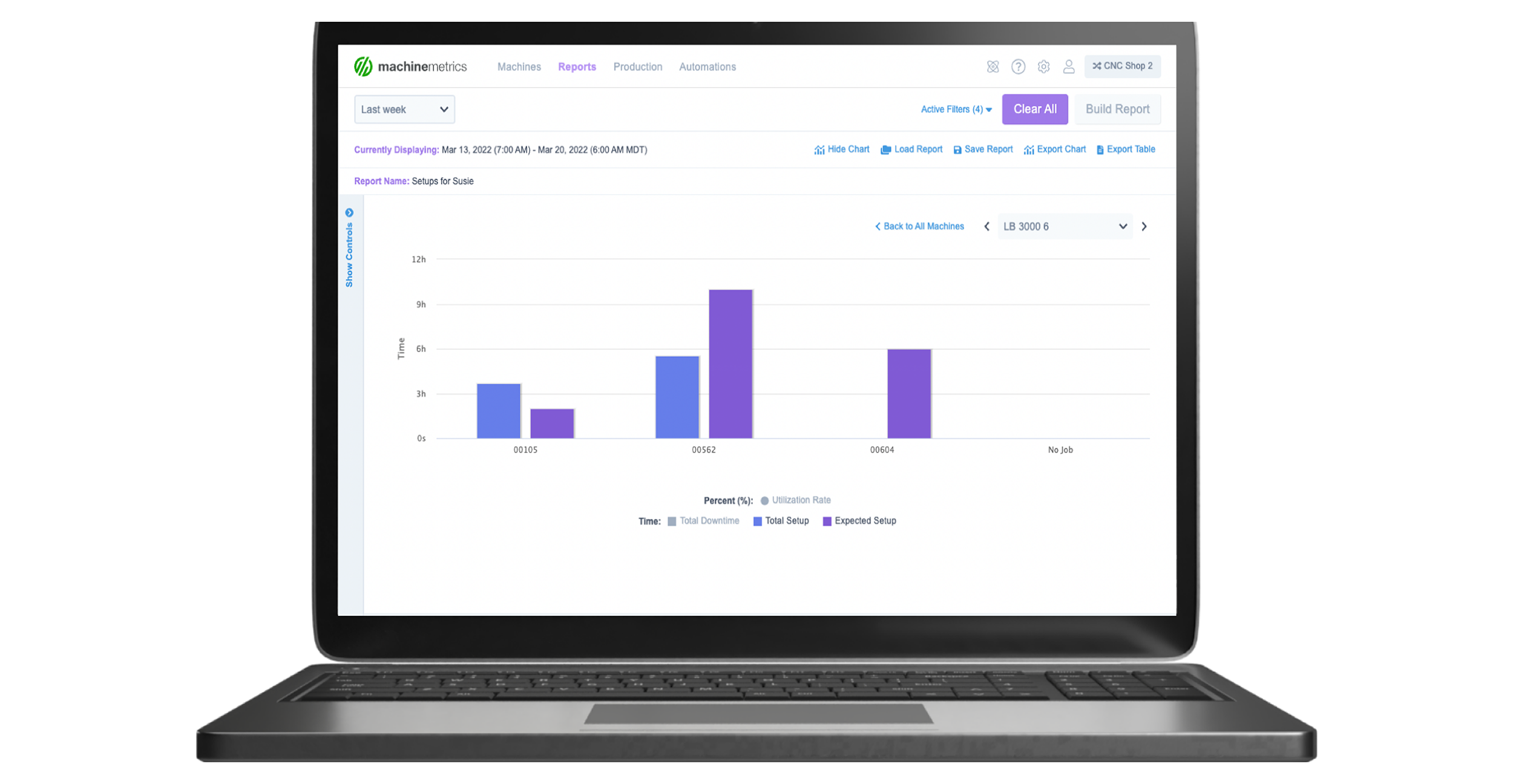 How to Reduce CNC Setups to Improve Uptime
Manufacturing companies always focus on downtime to improve processes and increase efficiency in a facility. There are many different categories of downtime, including downtime from jams, breakdowns, operator errors, and more. Machine setup is one area where downtime is manageable and predictable. It’s critical to efficient business processes and producing profitable parts with the least amount of time and resources. And in discrete...
machinemetricscnc-machines / July 08, 2021

Unlocking Production Efficiency with Accurate...
Whether you are tracking overall equipment effectiveness (OEE), machine utilization, or simply the number of finished parts, manufacturing success comes down to one simple, general goal: production efficiency. Production efficiency is the standard that manufacturing operations have used to prove how well they’re doing and identify which procedures need to be improved, where bottlenecks exist, what capacity is available, and where to...
machinemetricsproductivity / July 08, 2021

Updated Machine Timeline: Production and...
Diving Deep into Machine Performance and Health Over Time Recently we have made several key updates to the Machine Timeline, one of the most commonly used features in MachineMetrics. For those less familiar with the Machine Timeline, here is a quick primer on what the timeline is and its capabilities: Timelines provide an interactive view for each machine showing changes in machine cycle status during a specified time range....
machinemetricsproduct-updates / July 08, 2021 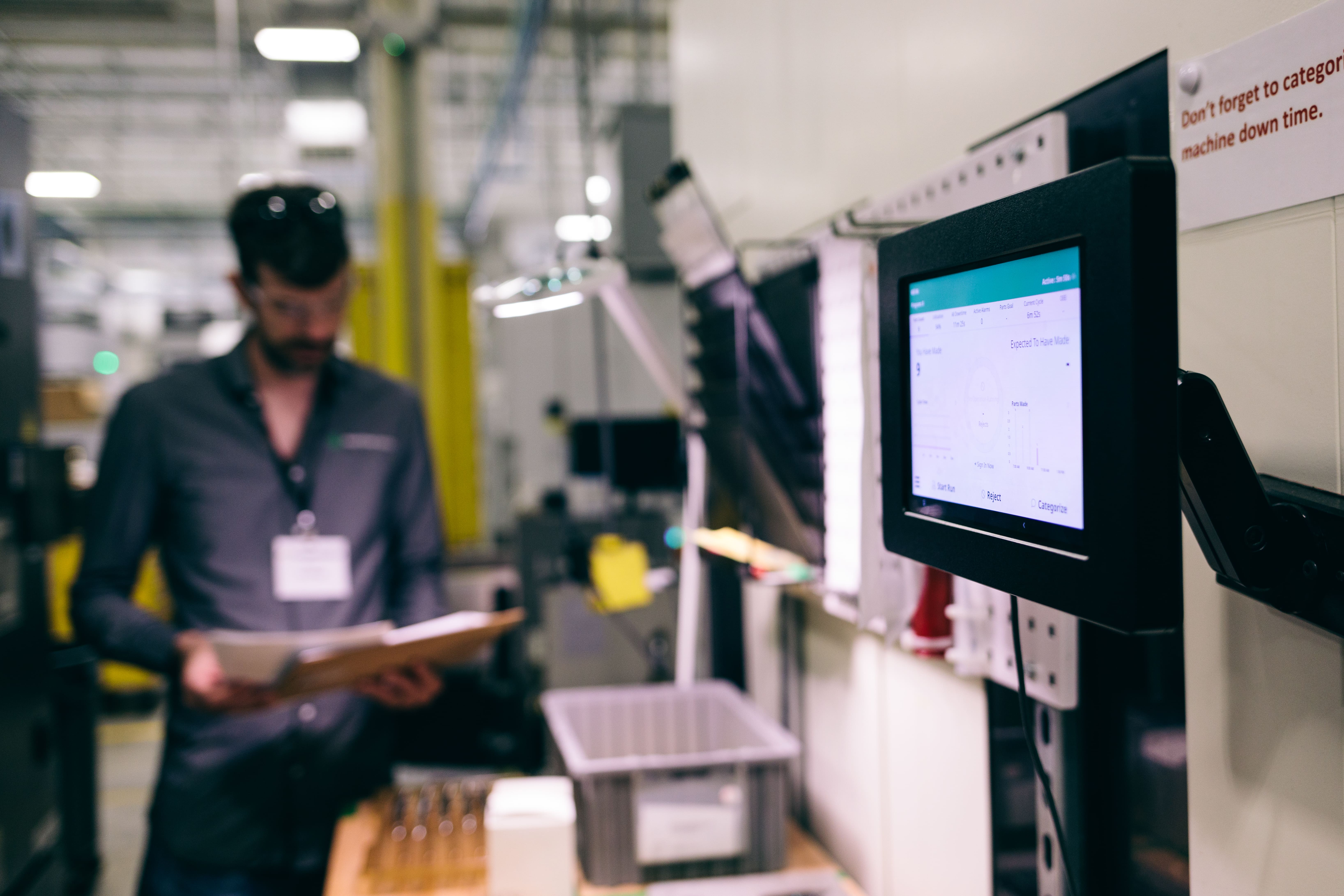 Quality Control in Manufacturing: Using Data to...
What Does Quality Control Do In Manufacturing? Quality control is a process that uses best practices, strict adherence to standards, and specifications to deliver products without defects. With tight quality control (QC) measures, companies can better manage costs, reduce waste, and protect themselves from brand damage and liability that often accompanies defective products. The key to managing quality control programs is ensuring...
machinemetricsquality-control / July 08, 2021
See All Posts
Popular
8 Wastes of Lean Manufacturing | MachineMetrics
Emerging Industry 4.0 Technologies With Real-World Examples
Takt Time vs Cycle Time vs Lead Time | Definitions and Calculations
5 Lean Techniques That Will Improve Your Manufacturing Processes
OEE, OOE, and TEEP - What's the difference?
Categories
All Categories +
Get In Touch With Us

All Rights Reserved by MachineMetrics ©2023